“Don’t shoot till you see the whites of their eyes,” Colonel William Prescott told the minutemen. It was June 17th, 1775. They couldn’t afford to waste one round. They stood their ground till the ammunition ran out. They lost the hill, and they lost the battle. However, they had proved to themselves, to the British, and to potential supporters that they could fight. Whereas the British lost about 1000 men, the rebel forces lost about 400.

Bunker Hill Day commemorates the first major battle of the Revolutionary War. When I was growing up, it was one of the best days of the year. My father and his lifelong pal, Fred ''Sullie'' Sullivan, grew up in the Charlestown section of Boston, not far from Bunker Hill. Sullie lived in Charlestown his whole life.
Every year, on June 17th, my family went to the Sullivan home for a cookout. My father was in the Boston Fire Department Color Guard for a few years, and he marched in the parade. I got to hang out with Danny Sullivan, who was a really fun guy to be around. After the parade, Danny and I would check out the Bunker Hill Monument.
A few years ago, I saw the movie United 93. United 93 was the flight where a group of modern day minutemen stood up and fought back against the terrorists who had hijacked the plane. One of the best things about the film was that the actors and actresses were relative unknowns. They were regular people, as were the passengers on United 93. 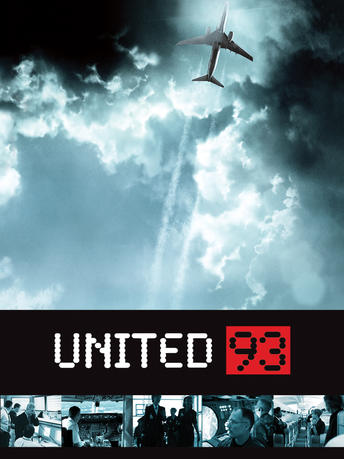 Those who fought back on United 93 had something in common with the patriots who fought on Bunker Hill. Their greatest resource was their own courage. Ultimately, they prevented the terrorists from carrying out their mission.
The gripping story of United 93 is shown in real time. It's impossible to know, for certain, how close the movie was to what actually happened. The director and writers pieced together as much as they could from the flight recorders and from phone calls that were made by the passengers. The film depicted, in a very plausible way, what happens to people when they are confronted with acts of terror – the confusion, the fear, and the resolve.
Director Paul Greengrass writes, ''The terrible dilemma those passengers faced is the same we have been struggling with ever since. Do we sit passively and hope this all turns out OK? Or do we fight back and strike at them before they strike at us? And what will be the consequences if we do?''
For more information about the movie, check out http://www.flight93.net/index.php.
For more information about Bunker Hill, check out http://www.nps.gov/bost/bost_lographics/bunkhill.htm.

If you liked this post, tell your friends about it. The sharing buttons are below.
Posted by Danny Murphy at 9:05 AM